You might think at first glance that glass is glass, but it really isn’t. For safety reasons, vehicle glass is very different from the window glass in your home.

Initially, cars had no windshields and no windows, and there was no such thing as auto glass repair! Drivers and passengers wore goggles, hats, and long coats for protection from bugs, dust, dirt, and other debris. Manufacturers soon began putting windshields on vehicles, but the earliest windshields shattered on impact, often inflicting painful and potentially fatal injuries.

In the automotive world, a huge step forward occurred with the development of laminated and tempered glass that was vastly different from the ordinary window glass first used in vehicles.

One major difference between your vehicle’s windshield and window glass is its makeup. Windshield glass is largely made of silica sand mixed with other materials like cullet, dolomite, limestone, and soda ash. This combination of components increases the durability of the glass while making it easier to shape and form during its production.

Basically, your vehicle’s windshield is made of two sheets of glass fused together with a layer of vinyl between them. The glass is then laminated, providing an extra layer of protection that allows it to absorb more damage than regular window glass without shattering.

Because of the way it’s produced, windshield glass doesn’t break into large, sharp pieces on impact. Instead, it either shatters into thousands of tiny pieces or remains in one large, damaged piece.

It may seem strange to design glass to shatter into small fragments, but that’s one of its most important safety features. Because the glass shards are small and less ragged, people riding in the vehicle are far less likely to be cut by jagged glass. If the glass doesn’t shatter but breaks on impact, the damage will resemble a spider web. Laminated windshield glass also provides protection against gravel, rocks, and other flying road debris. Rather than smashing through the glass, the debris will usually just damage the outer layer of the windshield. The glass may have to be repaired or replaced, but no one inside the vehicle was injured.

Tempered Side and Rear Window Glass

In contrast to windshields, side and rear windows are made of tempered glass that is heated to 1,000° Fahrenheit and then rapidly cooled to room temperature. This process greatly increases the strength of the glass while also ensuring that if broken, it will break into small pieces rather than sharp, jagged shards.

You might ask why laminated glass is not used for the side and rear windows, as well as for the windshield. One major reason is passenger safety. For example, if your vehicle plunged into water, it might be impossible to open the doors, and it would be equally impossible to break the laminated glass to get out. Tempered glass, in contrast, can be broken into small, dull pieces, allowing you to escape through the side windows.

The laminated and tempered glass used in vehicles today is far superior to the glass used generations ago. Still, Chicago winters create a lot of hazards for the glass in your vehicle, and if you suffer any chips or breaks, don’t let those get worse.

At Frank’s Auto Glass we have a great selection of both new and used auto replacement glass. Whatever your insurance coverage, we offer the lowest prices for glass repair and replacement in Chicago, Il, along with free estimates and both in-shop and mobile service. Whether you need windshield repair or window replacement, our certified technicians will have you back on the road in no time at all.

For the very best auto glass service based on our unwavering commitment to complete customer satisfaction, come see us at Frank’s Auto Glass today. 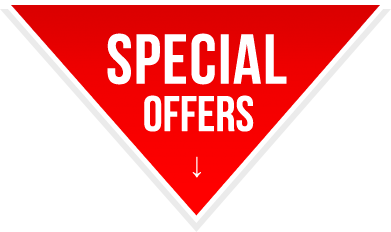